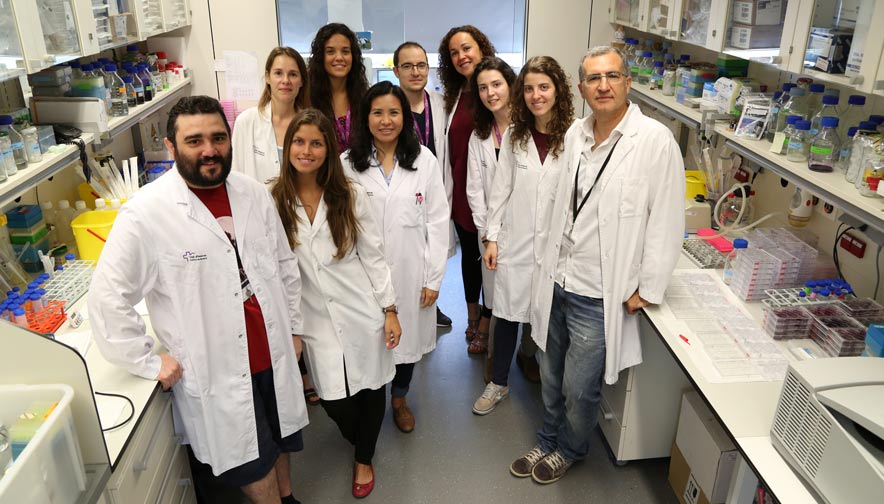 The European Commission, upon proposal from the European Medicines Agency (EMA), has designated Gefitinib as an orphan drug for Fanconi anemia. This orally administered product is currently indicated for the treatment of lung cancer. The studies of the Biomedical Research Center Network on Rare Diseases (CIBERER), the Genetic Service and the Hospital de Sant Pau Research Institute and the UAB led by Jordi Surrallés have shown that it could also work as a therapy for squamous head and neck tumors in patients with Fanconi anemia. This drug was identified after a screening of repositioning of antitumor drugs already approved for other indications.

The research team led by Dr. Diego Arango, head of the CIBBIM Nanomedicine – Biomedical Research in Digestive Tumors group at the Vall d’Hebron Research Institute (VHIR) has participated in the development of this drug. In particular, «they have conducted therapeutic efficacy trials in animal models carriers of head and neck tumors of patients affected by Fanconi anemia. These trials demonstrate how gefitinib administration is capable of curbing tumor growth» explains explains Dr. Águeda Martínez, researcher in this group.

Those affected by Fanconi anemia are likely to suffer scaly head and neck tumors about 500-700 times larger than the average population. In fact, about 50% of patients will develop a tumor before the age of 50.

Gefitinib is a small molecule that inhibits the tyrosine kinase activity of the epidermal growth factor receptor (EGFR). EGFR acts by activating the proliferation of tumor cells, blocks apoptosis (scheduled cell death) and facilitates the metastasis process. «Gefitinib constitutes the first antitumor drug available for the treatment of these patients, for whom surgery was the only therapeutic option so far» adds Dr. Martínez.

The designation of Gefitinib as an orphan drug for this rare disease has been sponsored by CIBERER. Jordi Minguillón has actively participated in its development. Dr. Minguillón is a researcher from the group led by Dr. Surrallés, who coordinated the multidisciplinary work of the laboratories that participated in this research, led by Thomas Helleday, Karoliska Institute, Joan Bueren, CIEMAT / Fundación Jiménez Díaz / CIBERER, and Diego Arango, from the VHIR.

Fanconi anemia is a rare hereditary disease caused by mutations in some of the genes related DNA repair, a process that is essential for the maintenance of stem cells and to prevent the onset of cancer. Those affected by this serious illness, which has a great variability of clinical manifestations, may suffer from insufficient bone marrow, variable congenital malformations and have a predisposition to developing solid and haematological tumors.

Due to the innate defect in the DNA repair, patients with Fanconi anemia affected by cancer do not tolerate chemotherapy or conventional radiotherapy, which causes a poor tumors prognosis. For this reason, patients require a very active follow-up with periodic reviews in specialized hospital units in order to detect tumors very early.